Back in 2015 the firm was contacted by a producer in Hollywood asking to see our sign for possible use in a movie they were producing. You might be wondering why they’d contact little old J. Philip Real Estate, but we’ve had a fortunate knack for getting found over the years. In news stories, it is often due to our proximity to New York City, a producer searching for a more obscure real estate matter (often on my blog), or because of my involvement with the MLS and the Hudson Gateway Association of Realtors.  But for a west coast movie producer to find me does seem odd.

That is until, you dig deeper. Wakefield, released in 2016 and starring Bryan Cranston, Jennifer Garner and Beverly D’Angelo, is set in Westchester, and as I discovered with the Mad Men series, producers want authenticity. So, having the words “Real Estate” on my sign and being a real local firm rather than a fictitious brokerage was helpful. After a brief discussion, emailing them a picture of the sign and signing a release, I sent a sign panel off the Wakefield Productions and promptly forgot about the whole thing.

A few months ago, a friend called me after seeing the movie and said he could have sworn that he saw my sign in the movie. Again, after a perfunctory web search, I got distracted and forgot about it. Then, Eric Lebenson texted me some screenshots. 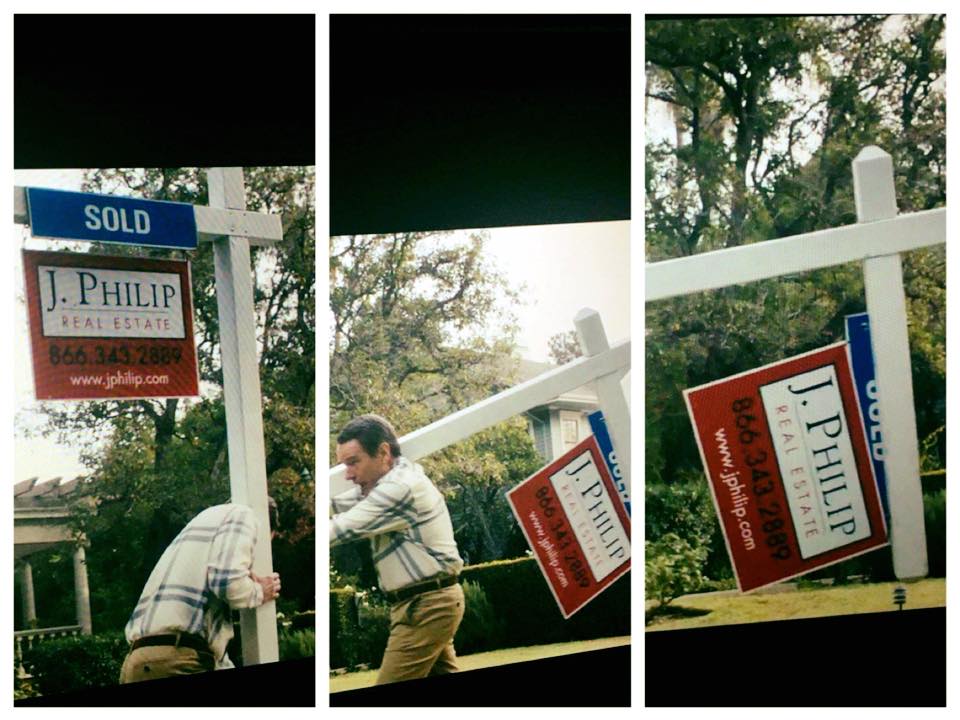 The confluence of it being a weekend and not seeing anything shiny in the next few minutes actually afforded me the time to see the movie on Amazon and appreciate that.

Holy crap. I mean, I could get hit by a cement truck tomorrow but my great grandchildren could be watching an old movie in 2099 and see their great grandfather’s sign in a movie being carried by the Breaking Bad guy.

For those keeping score, it occurs at about the 53 minute mark. I have to say: I liked the movie. Mr Cranston is a marvelous performer, and while it wasn’t a hit at the box office, I think it was a solid production that is the victim of a viewing public that can’t sit through 96 minutes of no gratuitous sex or violence. A complex, multi layered story that takes us through 15 years of suburban ennui will have a narrower audience, but I liked it quite a bit.

Hey @BryanCranston! Good technique! We would totally hire you if you ever decide to leave acting and get your real estate license! https://t.co/rkIDHN1NtF

See What Others Are Saying