The REALTOR Code of Ethics Standard of Practice 3-6 states the following:

REALTORS® shall disclose the existence of accepted offers, including offers with unresolved contingencies, to any broker seeking cooperation. (Adopted 5/86, Amended 1/04)

This has been the rule since Reagan was president. I was 18 when it was instituted (I am now 51). Cleveland had been selected as the site for the Rock and Roll Hall of Fame. The top pop song was Greatest Love of All by Whitney Houston. It was a long time ago. We should be good at this disclosure.

We still screw it up, all the time. 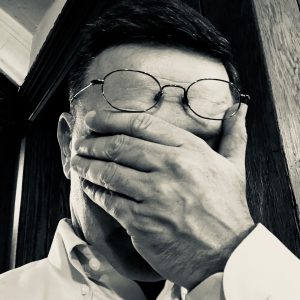 I’ll explain. This isn’t as huge a problem in other markets where brokers execute contracts and acceptance is the same as going under contract virtually immediately. In Westchester and the surrounding areas, including NYC and Long Island, attorneys draft contracts and instead of a brief day or so between acceptance and contract, it can be two weeks. Some MLS systems have an official status change for “AOs,” but in the Hudson Gateway MLS a listing is either “active” or “contract.”. That is fairly black and white, but it also means that a home could have had an accepted offer for a week, inspections completed, contracts out and movers being called but still showing as active. When the listing agent drops the ball and a consumer drives an hour to see the property and loves it, only to be told it isn’t in fact available, the frustration is hard to describe.

This past week, one of our clients, who was interested in a complex for some time, made arrangements to leave work and meet our agent at a newer listing. There was an accident on I-287 that day, with a gasoline truck catching fire. The client fought the traffic and made the showing, as did his parents. It was Valentine’s Day- they could have stayed home or gone out together, but they wanted to jump on this deal. The agent went through all the protocols to confirm availability and confirm the showing, met the client there, and submitted a strong offer, presuming that even it it were accepted, there would be competition for such a plum place.

Upon receipt, the listing agent wrote back that the home had gone to “highest and best” earlier that week, and already had an accepted offer. The agent further claimed that their automated system had the correct status (it didn’t), and that if we didn’t know there was an accepted offer, why did we submit such a high number (irrelevant)?

To summarize: The client hired our agent, got pre-approved, watched the market, made arrangements to see a property, stood on their head, collaborated on an offer, and got, in return, frustration from a listing agent that relied on a system that was inadequate 20 years ago.

This happens
All.
The.
Time.
Moreover, as I explained, it is worse in the New York metro market because we take far longer to execute contracts than any other market, leaving too much room for error.

The Hudson Gateway MLS, a fine organization for which I served as president in 2014, recently posted the following bulletin for all members earlier this month:

While I agree that agents should disclose the existence of an accepted offer in the agent remarks on the MLS, that is not a binding rule nor is it sufficient enough to protect the consumer or cooperating agents in 2019. The listing in question above had no such update. I have belonged to 10 other systems, and the vast majority have an actual status change (which is to say, not “active”) where the accepted offer is in place and, in some markets, if they are continuing to show or showings are ended. HGMLS does not have such a function, and I respectfully think they should. But absent that status change, it is the listing agent’s job to ensure that disclosure is made, and we fail at it all the time.

You might ask why agents would be lax about this. There are several reasons. First, not having an MLS status change as other markets do contributes culturally. Agents also have a vested interest in keeping a listing active as long as possible, because when you have a listing you have a means of attracting buyers. This can veer toward “bait and switch” at times. Leaving it up to automated appointment applications invites human and machine error. Regardless of the reason, innocent error or intentional deceit, it is against the Code of Ethics, and it happens absurdly often.

Ethical violation sadly happen all the time. Agents print ads or send mailers that have compliance issues. Agents call other agents and don’t disclose their licensure. Misleading claims about market share abound (perhaps unrelated-the city of White Plains has no fewer than three firms claiming to be number 1, with varying metrics that make heads spin, all within the rules). Some infractions are more benign than others. But the failure to disclose an accepted offer is by far the most frequent I see, and I see nothing from the MLS or broker community at large that tells me we’ll tackle the matter in the foreseeable future. That is unfortunate, because we are better than that.