This marks the first time I have not posted this update on New year’s eve, so it feels weird to wrote a piece about 2020 in February 2021. However, I’ve got great reasons.

2020 was by far the most surreal year of most of our lives. When the pandemic restrictions began in March, one had to wonder if the new normal would become an extinction event for the brand. There were more sleepless nights than I can recall since the real estate crash in 2008. It was a rough matter from every angle; society was in an upheaval, everyone was concerned about their own health and that of their loved ones, regular life events were disrupted and altered, and a dark cloud of uncertainty seemed permanently above our heads. What added to the difficulty was the fact that we started out in January and February at a red hot, record-breaking pace. Then, just like that with the flip of the news cycle switch, we were looking at months of possibly no or a pittance of revenue.

That’s the backdrop. Q1 wasn’t even over and the possibility of the industry, and my brand, being dead in the water, loomed large. I founded this firm in 2005. It is my life’s work. I don’t think I can do justice describing that feeling of foreboding. 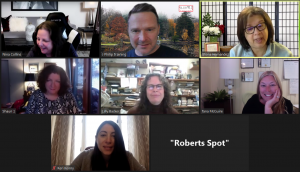 But a funny thing happened.
We learned we were built for this.
All of the online training, remote meetings, virtual reality imaging and other tech that we have invested in over the years was already in place, ready for us to implement rigorously. And implement we did.

As soon as the lockdowns began, we began an intensive schedule of remote events. Some were fireside chats. Some were happy hours. Much of it was intensive training on how to pivot and adapt. With rare exception, we were in better communication with our agents than we had before in the age of in person meetings and the odd phone call. The results in March, April and May were sub par for the spring, but not awful. When restrictions were partially relaxed in June, the dam broke.
Executed contracts in June were 38% higher than the prior June.
Contracts in July were 89% higher than July 2019.
It continued. Year over year, we had months that exceeded prior totals by 34%. 88%. 128%. 53%.
When all was said and done, 2020 saw close to $150 million worth of property put under contract, $40 million better than our prior best year of 2019.

Did we benefit from the exodus of New York City dwellers to the suburbs? Yes. But it’s never that simple. Inventory was historically low. Many buyers lost income. The competition for listings was intense, with buyers offering on 5 and 6 homes before they got a yes. Many brands were down from 2019. We were up by over a third. In the frenzy of low inventory and too many buyers competing, not everyone can come out winning. More often than  not, our clients prevailed. Nothing punctuated the need for a good agent like 2020 did.

In July, Jennifer Maher was named Chief Operating Officer of the firm. Jenn’s stepping up in the pandemic, to say nothing of her contributions to the brand since joining us in 2013, made this inevitable. Jenn also got married in December. Some people thrive in adversity. If you’re in a foxhole, you want her with you. She is now a partner in the company, operating principal of J. Philip Commercial Group, and COO. Not bad.

The firm cracked the top 20 of companies in our market for units sold. Out of close to 1400 companies that operate in our primary 5 counties, we ranked 19th overall, and were the top-selling Westchester/Putnam based independent. In Westchester Alone, we were 17th. in Putnam, we were top 5.

The firm named a new Agent Leadership Council, with Tana McGuire, Kisha Ocasio-Riviezzo, and Verona Cruz filling important roles as liaisons between leadership and the agents.

Congratulations go out to Brittany Alvarez, associate broker, former Rookie of the Year and Person of the Year, for adding Top Producer to her accolades. Between New York and Connecticut, Brittany closed over 40 sides worth over $14 million in 2020.

Congratulations to Gloria Hernandez for being named Person of the Year for 2020 for her teamwork, leadership, and contributions to the brand in an unforgettable year. Gloria will be retired from management later this year but will remain with the brand as an associate broker. We are fortunate to have her.

It is a peculiar feeling to write about the company’s best year in the backdrop of such societal upheaval. I have to express a deep pride in the team for their stepping up. The culture here is difficult to truly render, but it inspires me. When the pandemic first began and revenue was uncertain, a number of agents offered to defer portions of their commissions to ensure the company had the cash flow to operate optimally. That is humbling. As I look back on a year that exceeded profit expectations, I am deeply grateful for their care and ownership of their brand.

Looking forward to 2021, while I hope and pray for society to return to normalcy and relative safety, I am working on bigger things for the company:

And that, dear reader, is why I couldn’t post the good news sooner. There was more to gather than ever.

The best is yet to come.

State of J Philip from our Award Gala 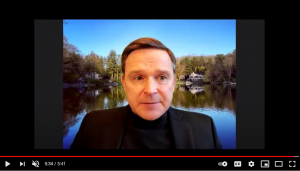