Every December 31 since I have journaled the firm’s progress, I have summarized the prior year and chronicled growth, in both numbers and maturity of the brand. 2017 was, in almost every metric, not just the company’s best year, but it also saw an advance in the caliber of people behind the numbers.

First, the numbers: This is the first time I can say this, but they actually aren’t all in from the different markets we cover. The firm is in 7 MLS systems covering 14 counties, and each market has both “on MLS” and “off MLS” (such as for sale by owner, commercial and closings unreported by other firms we cannot control) sales. The vast majority of the commerce was in the Hudson Gateway MLS, so that is where I’ll focus, and then I’ll post an update prior to our award banquet in February 2018.

Year over year, the enterprise went up in closings from 271 to 290. Our ranking dropped from 24th to 26th, but that is misleading, as almost every other firm ahead of us dropped in market percentage as the entry of companies into the market expanded the field. The HGMLS is approaching 1200 separate firms. To be ranked 26th out of 1200 is not shabby at all!

We are the top selling Westchester/Putnam based independent brokerage by transaction total for the 3rd year in a row.

In 2016, the firm had 20 licensees who sold $1 million or more. In 2017 that number grew to 26. It wasn’t that long ago that we didn’t even have 26 agents in the firm, and now we have 26 seven- figure producers!  Overall, we have 50 productive agents in both residential and commercial, brokering transactions from Brooklyn to the Catskills. I’m confident that when the stats are finalized, we’ll have well over 300 closings and over $100 million in closed volume.

Beyond the numbers, the people working here eclipsed 90 committed professionals, including 4 w-2 employees in management and administration, helping me steward the organization. I would be remiss if I did not acknowledge some amazing people.

My role continues to evolve, as my personal production becomes less integral to the firm than my responsibilities as broker. So what have I been up to?

2017 started with a humbling inclusion on Inman News’ Real Estate Influencers of 2017 List. I continued to co-host the Real Estate talk Radio program with the indomitable Victoria Rivadeneira on AM-710 WOR in New York. Interestingly, my involvement in both the Inman Connect Conference and the radio program gave me the good fortune to meet Carl Carter, an industry voice on agent safety, and I am honored to be the inaugural President of the Beverly Carter Foundation. If you don’t know Beverly’s story, check out the link. Agent Safety is an important issue in the industry, and I consider my friendship with Carl and Victoria to be among my most valued associations.

2017 was my 8th year serving as a board member of the Hudson Gateway Multiple Listing Service. I was the 2014 president of the organization. 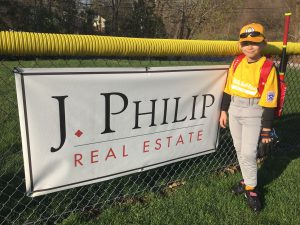 I also took a page out of Jenn Maher’s book and became more involved in my local Community. This past summer the firm sponsored an Ossining Little League team, and I served as a member of the Ossining Downtown Redevelopment Working Group. The firm joined the Greater Ossining Chamber of Commerce,  and I was honored to be included as a committee member of the Sing Sing Prison Museum as well as recently joining the Ossining Historic Preservation Commission.

Lest I let this post become too much like a LinkedIn page, I’ll get to what I think is the very best part of 2017: we hired a crew of newcomers, the likes of which the firm has never seen since being founded in 2005. Football fans might recognize the “class of ’83,” an unusually talented group who went on to fame in the NFL, including quarterbacks Dan Marino, John Elway and Jim Kelly. It is my opinion that the group of newcomers to the firm in 2017 is our “class of ’83.” Almost a dozen of our newer agents either closed or put over one million dollars in their pipeline. To put that in perspective, 5 years ago we only had 4 agents not named Phil who did that. I have to give credit to both the team members and their managers for the great work there. More important than the amazing production, they did it with class and great attitudes. We didn’t just get numbers; we advanced the company culture.

Inasmuch as I no longer carry the brunt of the production, managing managers and pondering proposals from vendors is not the totality of my highest and best calling. I love helping agents, and to that end I formed a group of six wonderful individuals as my personal sales team.  Our Internet home is aptly called WestchesterDreamHome.com, and this enables me to serve my own clientele with a 7 for the price of one, as well as to keep my personal hand on the pulse of the market. My goal is to graduate several of these talented people to be team leaders in their own right, and all of them possess the ability to do so.

With all of this talent joining us, my commitment is to not only give them the best tools to do their job, but to give them the best training and mentoring available. Last month, the firm inked an agreement with a fellow broker member of the Zillow Agent Advisory Board, my colleague Anthony LaMacchia, to offer J Philip agents 13 months of the REAL Systems Curriculum. I have arranged outside training before, such as Floyd Wickman, but nothing for an entire year. The feedback on December’s material was gratifying, and I believe that this will help us reach our goals in 2018.

Let me digress a moment.

2017 was marked by challenges, rites of passage, a number of “firsts,” and a few bittersweet moments that are unavoidable in the building of a company. We didn’t have the massive improvement I had grown accustomed to from prior years. We had to fire some agents. Some of our company family ran into serious challenges. Through it all, we kept together and didn’t define ourselves by setbacks. We still had the best year to date, but it didn’t come easy.

So with that backdrop, and without the hubris of prior years’ momentum, I’ll still stick to my vision of building a billion dollar independent brand known for effectiveness, innovation, and happy producers. The goal of 2018 is to get 30 new agents into production, and to eclipse $150 million in closed sales profitably. With what we set in motion in 2017, I believe we will do just that. 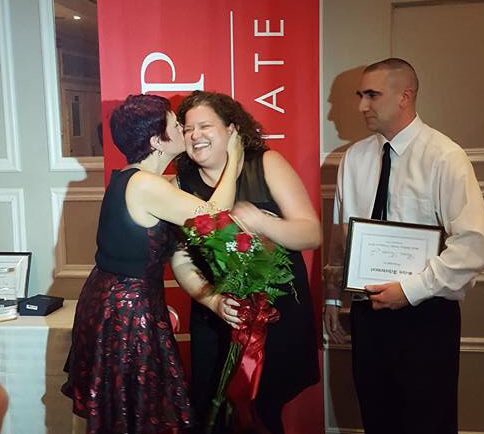 See What Others Are Saying