I write this with a feeling of deep appreciation. The 2016 numbers are still being tallied, but I am beyond thrilled to say (as I did last year and in the several years preceding it) that this year has been the best in the history of the firm, and in 2016, it’s by a more than considerable margin over last year.

I have every reason to believe that we can do 250 transactions in 2016, and exceed $100 million in closed sales volume.

By Summer 2016, we’d already surpassed 2015’s sales, and we went on to shatter all previous sales records.

In the past 12 months (and again, the totals are still being tallied over several MLS systems and off-market transactions), J. Philip Real Estate closed 297 transactions worth just over $97 million as of this writing. Sales totals improved a whopping 69% and dollar volume closed a mind-blowing 80% over 2015.

What makes this remarkable is that I personally closed a career low number of sales (by design), and, like many other folks in 2016, our associates had to absorb some significant adversity in their personal lives.

We had three top-producing associates bring newborn babies into the world while establishing career-high production and others that had to grieve tragic loss in their families and, even still, produced at stellar levels. It was humbling to witness, and I have to give an enormous amount of credit to Jenn Maher, for leading the Putnam County Market Center through many of those challenges with compassion and courage.

Jenn is also my co-owner in the J. Philip Commercial group and that firm also broke records into which I’ll dive deeper at a later time. Suffice to say that leading both the residential and commercial enterprises is the work of more than two people given our industry and the times we are witnessing. All she did was help her team hit home runs.

It was also gratifying to reach this level of production with essentially the same team of 70 professionals as we had in 2015; many agents had vast improvements in their production through hard work and utilizing the resources the firm has worked hard to provide.

Of the agents at J. Philip Real Estate, eighteen were million-dollar producers — significantly more than in 2015. For the first time in the firm’s twelve-year history, we had several agents reach production levels where they got production “caps” that triggered a 100% commission split. I was deeply proud to see each of them reach achievement of that level.

In our primary market of Westchester and Putnam Counties, I am delighted to note that no true unaffiliated Westchester or Putnam-based independent brokerage outsold us. In our four-county Multiple Listing Service (MLS), we ranked 24th out of more than 1000 firms, moving up from 33rd last year.

I’ve always been one to give credit where credit is due. And this is certainly true in the case of Angela Johnson, our operations manager. She tirelessly attacked the technological side of the job with zeal and aplomb. When she wasn’t adapting a tech solution to fit our business model or evaluating the next “big thing” to which we should hitch our wagon, she was a fierce and committed consigliere (eat your heart out, Robert Duvall). Our newest manager, Pelham market center leader Gloria Hernandez, dove head-first into leading our south Westchester division. Gloria’s clarity, insight and amazing ability to “get” how my twisted mind works gives me great confidence for her team in 2017.

I also have to give a heartfelt thank you to our administrative team, Nancy Green, in our Putnam office, and Ronnie DeMeo in our flagship office in Briarcliff Manor.

It’s here that I need to put the spotlight on Ronnie. She has been with the firm since 2007 and has seen me, our agents, and the company through thick and through thin. She is more than just an employee; she is my secret weapon. There are few people in my life that have the loyalty that Ronnie does. There are few on whom I can absolutely depend. Ronnie is one of the lynchpins of J. Philip Real Estate and she does more than I can tell you about to make my life run more smoothly. 2017 will mark her tenth year with the firm and I honestly don’t know what I’d do without her.

As a broker-owner, I had a year of growth from a “making it on my limited charm” style of management to more that of a broker. The fantastic consultants we brought in to help me manage the growth of the company — the brilliant Jack Miller of T3 and, locally, Maureen Jacobson, principal of MCJ Advisors — each made a spectacular impact in helping me run the company like a real business. I wasn’t chasing leads (or my tail). I was implementing systems, strategic plans, and goals based on best practices.

If it wasn’t clear, the theme of the hour is that I was never alone — I was supported and backed up by smart, committed, amazing professionals who believe in the J. Philip brand and what we can accomplish together. 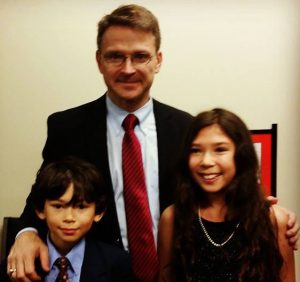 Because of this, I’ll go public on my long term goal: to grow this firm into a company that closes over one billion dollars annually.

Often, people enter a new year saying “XXXX year will be great!” and I am no different. This year is, however, is unlike prior years for me. I genuinely believe 2017 will be our best year, and I’ll add that I am humbled that so many people have trusted me with their careers and that, in turn, so many clients have trusted the largest financial move of their lives to our professionals.

I remain committed to reinvesting in better tools and resources for my team to be truly cutting-edge. I want to be the Tesla of New York real estate. I want to make J. Philip Real Estate a true market leader that becomes a household name. Looking at the people who have chosen to work with me, I believe — with all I have — that can become a reality in the next 5 years.

So, yes, here’s to a great 2017 that builds on the shoulders of what was truly a great year. I’ll also toast to good health, to happiness, to getting up when life knocks you down, and to the friendship that teamwork creates. My company is my love letter to my children’s future, and I am humbled for all who are helping to write it.