These are, respectively, the number of closed single family homes for the second quarter (April 1-June 30)  in Westchester County along with the median price for the years 2011 through 2017. All data is courtesy of the Hudson Gateway MLS. 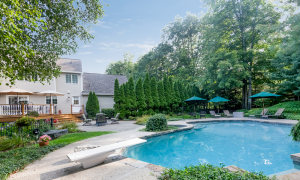 Clearly, 2012-2013 were the beginnings of the recovery from the housing crash. I remember being surprised at the way 2013 evolved; I recall one listing that I was afraid to price any higher than $899,000, and after cautiously having the seller discuss $925,000 and then listing at $939,000, it sold for over $960,000 in a bidding war. 2013 ended up with a 45% rise in closed transactions and a solid jump in median home prices. Consumer confidence was returning and pent-up demand from the downturn contributed to the market roaring back.

Values increased slightly in 2014 but transactions were down 13% in what might be termed a slight hangover from the first happy year since the collapse. The law of supply and demand contributed as well, with demand cooling as prices went up.

2016 saw a small dip in median price but also an impressive 23% jump in closings. The declining median does not mean that values went down; it does mean that the higher purchase trended more toward less expensive starter homes.

2017 showed both a high transaction total and the highest median price since the Great Recession.

What does it all mean? A few things:

What isn’t in the numbers is that the recovery is uneven; southern Westchester is overheated. Northern Westchester and Putnam remain tepid at best, with higher valued homes taking longer to sell. Some communities are benefitting more than others.

Overall, however, the trend is encouraging. I raise this morning’s coffee to the growing health of the market.