No, Rising Mortgage Rates Will Not Crash Property Values 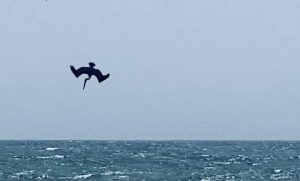 I’m relatively old. I remember Nixon resigning office, Tang commercials, news stories on the war in Vietnam, and lots of other things from when Kitchens were green and gold. I remember when mortgage interest rates topped 20% in the early 1980s, and my father telling my mother how rates didn’t matter, payment amounts did. He was an accountant, so he wasn’t playing out of position on that one.

Having lived through two housing crashes in my 54 years, I’ve become a student of what to look for so that what I endured in 2008-10 will never catch me unprepared again. So when I’m asked if rising rates will stall the market, I have to laugh.

A brief, immutable point before I go on:

People like living indoors. It’s not a fad. People will continue to live indoors no matter what.

Property values are funny things. They continue to rise in almost any environment: war, pandemics, Republican administrations, Democratic administrations, impeachments, killer bees, societal unrest, years the Red Sox win the World Series, almost anything. Why? Because people like living indoors. We are not a society of Bedouin nomads, camping enthusiasts, or Vikings. We like heat, plumbing, running water, and other creature comforts that come with permanent shelter. Property values only have one Achilles heel or kryptonite, and that is a near total financial collapse that results in banks not loaning money.

I’ll say it again: The two times in my life where values cratered were eerily similar: Billions of dollars in bad mortgage loans that caused a plethora of bank failures, resulting in a Stock market crash and a financial crisis where the mortgage industry got overcautious and values declined. In the late 80s, the massive Savings and Loan collapse preceded Black Monday in 1987, and a doozy of a recession that dealt a blow to values that didn’t recover until the early to mid 1990s. In the late 2000s, billions of dollars of subprime mortgages caused the subprime lenders to fail, and the resulting financial crisis hammered real estate more severely than anything since the Great Depression in the 1930s.

People have borrowed money and bought real estate despite wars, crazy rates, pandemics, terrorist attacks, inflation, bad Oscar years, crappy Star Wars sequels, and even New Coke. Why? Because people like living indoors. As a matter of fact, there is absolutely no historical correlation between rates and values. In 1975, the average home value was $38100. Rates that year were in the 9s. In 1981, rates approached 17% and property values nearly doubled from 6 years prior. In 2005, the average property value in the US was 232,000, with rates just under 6%, and in 2010 rates fell nearly a point but values fell to $222,000.

This isn’t to say that rates aren’t a factor. They are. I’ve written about this twice, and used the manipulation of rates to predict, rather accurately, both the crash of 2008 and the spike in values were are seeing today. By the way, I smile at the first old blog post from 2006 because my brother, the financial guru, made the following comment: “the stock market is likely to be in very good shape in 2008.”

I can’t speak to the current stability of the stock market, but I do know that there is a fraction of the amount of risky mortgage paper out there now compared to 2007 or 1986. And that bodes well for the health of property values for the foreseeable future.