J. Philip Real Estate is proud to announce that Eric Lebenson has joined our family of professional achievers as an associate broker. I have known Eric since only a few weeks after founding the company (2005!), and I’ve been the president of his admiration society ever since. A local expert through and through, Eric is a graduate of Briarcliff High School, and he lives in Briarcliff Manor with his high school sweetheart Dawn and their two awesome kids. More on that shortly. 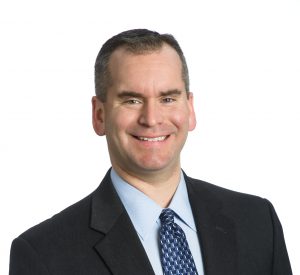 Eric brings a a depth of experience to be proud of. A Bucknell graduate (Liberal Arts of course!), he had a solid decade in marketing before getting his real estate license. He’s been involved with hundreds of transactions, managed offices, and been a team leader. He’s won 7 consecutive 5-Star Awards, served multiple terms as an MLS director, and perhaps most impressive are his astounding accomplishments in community service. This past year, Briarcliff High School honored Eric as a distinguished alumnus based in large part in philanthropic fundraising through various organizations, such as Rotary (which he has served as a two-time president), St Christopher’s residential agency for at-risk youth, and others. In 2012 alone he raised over $60,000 for the  Leukemia and Lymphoma Society of Westchester, while still being a multi million dollar producing agent.

This much is certain: When J Philip Real Estate establishes its philanthropic arm, I know who will run it.

My lucky break in this whole thing was baseball. Our sons played two consecutive seasons on the same Little league team, and I got a front row seat to what kind of a great father Eric is. Both of his and Dawn’s kids are wonderful, and that includes both athletic ability and poise under pressure, a trait I greatly admire. We’ve watched our kids win and lose (mostly win) together, and you can’t avoid getting insight into a person when you watch how they parent.

I am very excited about Eric joining us. The kind of person he is edifies our culture, and punctuates the type of firm I aspire to build in a profound way. His clients love him, the industry admires him, the community benefits from his talented efforts, and now we have him. I couldn’t be happier.