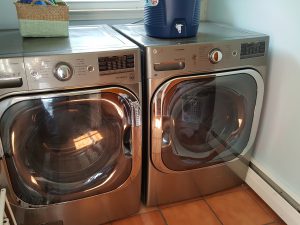 From time to time there is an issue with a transaction related to the inclusion or exclusion of a fixture, an appliance, or an article of chattel. For the uninitiated, “chattel” are furniture or personal belongings not attached the house, such as furniture, clothing or wall art.

When a property is entered into the MLS, the listing agent should specify what is included with the offering. Typically, fixtures are presumed included, as anything “glued or screwed” is. Most MLS systems have a label of “included” items under a category of…wait for it….”inclusions.” There is also a category to specify exclusions, and this is typically for items that might be presumed as inclusions ordinarily, such as a chandelier, or built-in shelving that the owner wishes to take with them. This isn’t complicated- if something is included, it conveys with the house. If it isn’t, it should be presumed not included, unless it is a permanent fixture.

Typical permanent fixtures are: lights, stoves, and oven ranges.
Often ambiguous are window treatments and less permanent appliances such as window air conditioners, refrigerators and washers & dryers.
Not ambiguous at all are furniture, barbecues, hanging pictures or art, and patio furniture.

I’ll summarize: If it is glued or screwed, it is presumed to be permanent and come with the property. If it isn’t glued or screwed, it should not be presumed. The buyer and their agent should be guided by the inclusions in the MLS details. If they are unclear, they should ask.

While this may seem like common sense, we have seen examples of unnecessary drama at the closing table over removed dishwashers, missing lighting fixtures, fireplace tools, curtains & shades, kitchen islands that were actually on wheels, window air conditioner units, and the list can go on.

Here is what a buyer and a buyer agent should NEVER, ever do: assume a non-permanent article of chattel is included simply because it isn’t specified as an exclusion.

Recently, we had a contract go out on my listing where the inclusions on the MLS were all kitchen appliances. The washer dryer were not in the inclusions. The offer specified that the inclusions were “per listing,” and the buyers attempted to add the laundry appliances to the contract. Their agent, who wrote the offer and the “per listing” verbiage, tried to argue that since the washer dryer were not specified as exclusions, that they should default to being included. In other words, they wanted to throw out all the other rules because the agent goofed. They did not prevail.

The takeaway: It is folly to assume a non-permanent appliance is included just because it isn’t on a list of exclusions.

One could argue that their buyer agent, who ostensibly was hired to help them get the best terms and save money, cost them more than $1,000.00 with that.

Silence is not consent. If a non-permanent appliance is not specifically included, never assume that it conveys with the house. It is the buyer agent’s job to make sure that everything is clear.