Last week saw a posting by a manager at another firm of their agent holding up a commission check, congratulating the agent on their recent closing.

Yes, I know we work on commission and closings should be celebrated. But spiking the ball over your compensation is cringeworthy and not edifying the profession. The public knows we are typically paid on commission. It’s no secret. But it’s just gauche to make a closing about the paycheck and not about the happy result for the client. 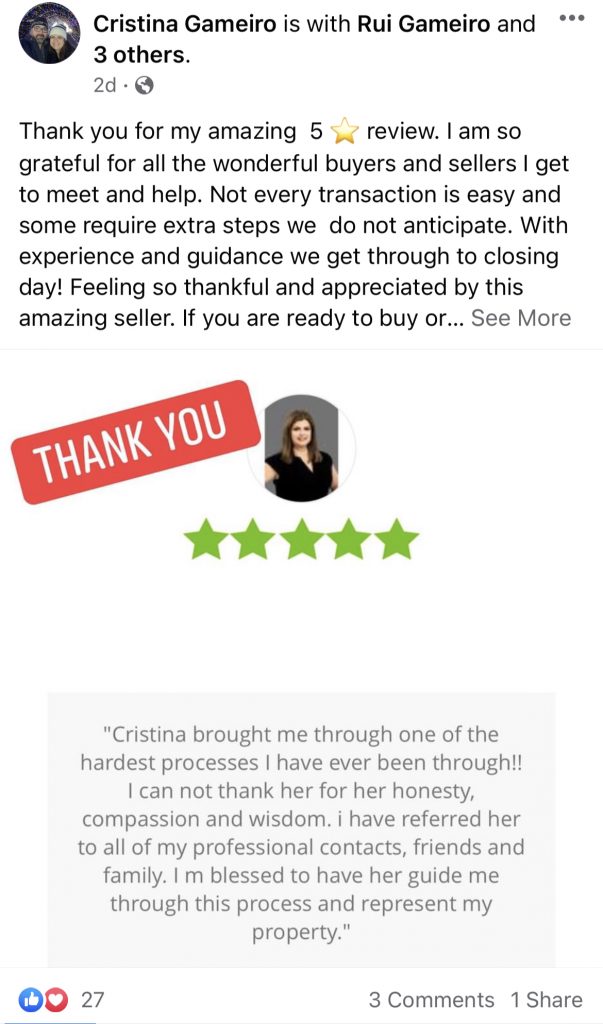 I’d get ill if the contractor who did my roof a few months ago posted a photo holding up my check for the job. Wouldn’t you?
Years ago, I contracted a web provider for a specialized website for a project we were taking on. It wasn’t cheap, and when he thought I was on hold, I heard the guy tell a someone how he “just signed up a mac-daddy” deal. I wasn’t shy about the fact that I heard him, and the way he hemmed and hawed told me that he didn’t mean for me to hear that. No kidding. I had just made a difficult decision on a financial commitment, and his touchdown dance made me second guess my decision. Spoiler alert: I wouldn’t do business with them again.

Commission compensation for some is a touchy subject. My agents are worth every penny they are paid and more, but I’ve never posted a photo of them holding up a check, because that’s not where the emphasis should be. Yes, we are paid, but we are paid by taking care of the clients. THAT is where the focus belongs.

I’ll repeat that: Real Estate commission is tied to serving the clients. We are fiduciaries. We aren’t brain surgeons, but we shepherd the largest transaction of most people’s lives, and we should conduct ourselves to reflect that. You don’t see a surgeon posting a picture of themselves holding up a check and saying “I just removed a huge tumor! Yay me!” Nor would you ever see a CPA doing the same with a caption of how they just completed a massive schedule C for a client. And I’m fairly certain my therapist doesn’t have a pile of my co pays in front of a camera lens for social media either. Their emphasis is on who they serve, not what they get out of it. It should be the same thing with us.

Of course we celebrate closings. But to me the best way to do so is what many of my agents like Cristina Gameiro share: A 5-Star review from their client of their professionalism and performance. That says far more than a check.